About Van B Enterprises 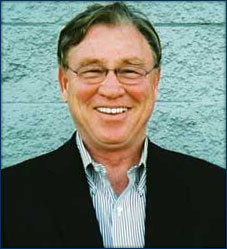 Ramon VanBuskirk wore a hearing aid most of his life. Not surprisingly, his BTE instrument gathered moisture, subsequently causing batteries to deteriorate too often. Determined to fight the destructive cycle of sweat, humidity, and airborne grit, VanBuskirk conceived a solution to repel the decaying effects of these natural processes. Through trial and error, he came up with an inventive and unique method of hearing aid protection.

He began working on his idea in the late 1980s. By the time the Hearing Aid Sweat Band™ first began appearing in audiologists' offices in 1999, it was a novel item that stood alone as a defensive measure to protect hearing instruments in a discreet, protective cocoon.

Now, nearly 2 decades after VanBuskirk began tinkering with his idea, the Hearing Aid Sweatband remains a simple yet effective defense against moisture. Worn by hearing aid and cochlear implant wearers, as well as FM device users, the Hearing Aid Sweat Band prevents the sudden loss of hearing due to shorting by moisture, but also preserves components inside the devices that are often as costly as they are delicate.

VanB Enterprises of West Valley, New York, was founded by Ramon VanBuskirk, who invented the company's leading product, The Hearing Aid Sweat Band™, to meet his personal need for moisture control for his behind the ear hearing aids. VanB Enterprises, which launched its product in the late 1980's, is operated by VanBuskirk's son, Scott (pictured at right.)